In response to an article that appeared in Fin 24 on June 15th of this year, Gwede Mantashe, the Minister of Mineral resources and Energy, warned of the use of illuminating paraffin (IP) to doctor diesel in an attempt to defraud the revenue services and increase profits.

The following article by WearCheck diagnostics manager, John Evans, gives a bit of background to this practice, the deleterious effects it can have and the various methods for testing diesel for the presence of illuminating paraffin.

Diesel can be subjected to a variety of chemical and physical tests in the fuels laboratory. One of the most common and important things to look for is contaminants, the most common of which are dirt and water. Diesel can also be contaminated with other fuels and solvents, in particular illuminating paraffin or IP as it is known. IP is a readily available power source for domestic lighting, heating and cooking. Chemically it is very similar to diesel but because it is used as a domestic power source, it is not subject to the taxes and levies that diesel is, in other words, it is cheaper than diesel.

The less-than-honest members of our society have taken to doping diesel with IP, and because it is so similar (but not exactly the same) to diesel, a diesel engine will run quite happily on a diesel/IP mixture at less than the cost of diesel. Although the engine will run without problem in the short term, in the long term the IP will be quite damaging to the engine.

IP has a lower viscosity and less lubricity than diesel and will cause damage in terms of increased wear to the components of the fuel system. Although the price difference may not be huge (about R25 for diesel and about R20 for paraffin) if you think of the thousands of litres of diesel used every day, doping diesel with ten or twenty percent paraffin represents a large cost saving for nefarious operators and significant loss of income for the revenue services (SARS).

The effects of IP contamination on diesel are that the viscosity, density and flashpoint will decrease, and the sulphur concentration will increase. IP also has a lower lubricity than diesel. Low viscosity and lubricity mean increased wear of fuel system components. Low density means you get less bang for your buck (more litres of fuel required for the same number of kilometres travelled). Low flashpoint could become a safety issue and elevated sulphur could impact the emission controls of modern engines and increase combustion by-products being introduced into the lubricating oil and reducing its ability to lubricate the engine adequately.

Interestingly enough, small amounts of IP may not affect the properties of diesel enough for it to fail the Bureau of Standards specification SANS 342 so, IP can be present, yet the fuel will still pass the specifications of SANS 342. In fact, IP is often legally added to diesel in small amounts by the refineries as it helps prevent the diesel from waxing (freezing) during the cold winter months in-land. Doping diesel with IP, in the long term, is not a good idea and it is also illegal.

Because this type of doping represents a loss of income for SARS, they have introduced a chemical marker into illuminating paraffin sold in South Africa. The marker comes from a company in the United States called Authentix, a company that specialises in brand protection and anti-counterfeiting. This marker is added to IP at a precise concentration once the product leaves the refinery.

It is possible to test for this marker – the test kit is a lateral flow test kit, similar to those used for testing for Covid or even pregnancy. The answer is just a simple yes or no, the marker either was or was not detected. The test kit is very easy to use and takes hardly any time at all. What it cannot tell you is how much IP is present. What is important to mention, is that if the IP came from a source that was not marked, for example, from across our borders, where markers are not used, then no marker will be detected, yet the sample could still be contaminated, but not by enough to fail the other physical tests that are carried out, for example, viscosity, density and flashpoint.

Although it is possible for gas chromatography to be carried out on the suspect diesel sample to look for IP itself, because of the very similar physical and chemical characteristics of the two liquids and the large number of compounds in each, the process is slow, expensive and not particularly accurate.

Whilst on the topic of contaminants in diesel, it is important to take a quick look at the other contaminants that can be found in diesel and have a deleterious effect on the fuel’s performance. The two most common contaminants are dirt and water. Contamination from these two sources is usually a matter of poor hygiene practice, and enters the diesel through the supply train. Diesel leaving the refinery will be clean and dry, but transport, storage, dispensing and use all introduce sources of contamination.

Dirty diesel can cause increased abrasive wear of injectors and fuel pumps, whilst water can cause corrosion of fuel system components. There are plenty of companies that can remediate or clean up contaminated diesel and it would be hoped that the engine’s on-board fuel filtration system would go some way to keeping harmful contaminants away from sensitive mechanical components.

The other ‘contaminant’ that needs to be considered is sulphur. Sulphur containing compounds are naturally occurring in diesel but are removed during the refining process as sulphur can poison catalytic converters found on most modern diesel engines. High sulphur can also have an effect on combustion by-products entering the engine oil and reducing its ability to lubricate the engine adequately. The testing for the IP marker is fairly straightforward, easy and cheap to carry out, however, sulphur testing requires sophisticated laboratory instrumentation.

South Africa produces three grades of diesel containing either less than 10 ppm, 50 ppm or 500 ppm of sulphur. Diesel (and other fuels) coming into the country from over-border sources may not be subject to our laws restricting the amount of sulphur present in the diesel and represent a hazard to both the lubrication of the engine and the operation of emission control components.

In the end, keep your diesel clean and dry and do not pollute it with foreign compounds that may cause engine damage and may also be illegal. Do you think your diesel is dirty or has been doctored? Peace of mind is just a WearCheck laboratory away. Contact us to learn more about our comprehensive fuel testing solutions. 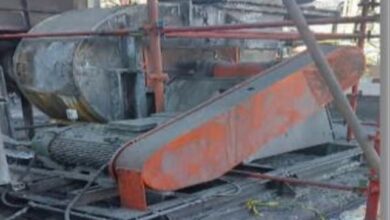 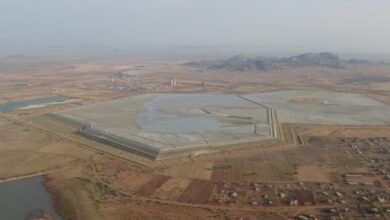 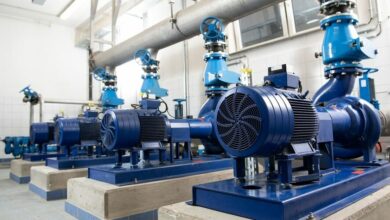 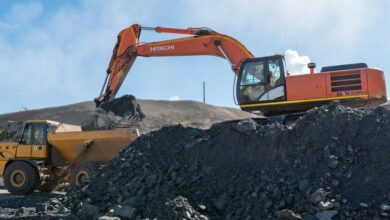 Momentum behind collision prevention on mines