Canada-based gold producer B2Gold has announced a in a strong performance in the first half of 2021 and set to increase the upper end of its guidance for the year.

The company which operates mines in Mali, Namibia and the Philippines, is targeting production of 970 000 oz to 1.03-million ounces for the year, at a total consolidated cash operating cost of between $500/oz and $540/oz and total consolidated all-in sustaining costs of $870/oz to $910/oz.

The guidance does not include the potential upside to increase production at Fekola, in Mali, from the nearby Cardinal resource, which could start production in the current quarter. A 10 000-t bulk sample has been mined and processed in the second quarter.

B2Gold states that it is updating the Fekola mine plan to include production from Cardinal, which is about 500 m from the Fekola pit and estimated to contain 640 000 oz of gold. In the first half of the year, B2Gold produced 432 256 oz, including 29 233 oz of attributable production from Calibre, which was about 7% above budget.

Additionally, construction of Fekola solar plant has been completed. The US $38million power plant is now 100% on line and is set to reduce Fekola’s HFO consumption by more 13-million litres a year of heavy fuel oil and lower carbon dioxide emissions by an estimated 39 000 t/y.

Solar production to date indicates that the plant will exceed initial power production estimates. The company says a small crew will be on site until mid-August to ensure that all final commissioning tasks and warranty issues are properly executed. 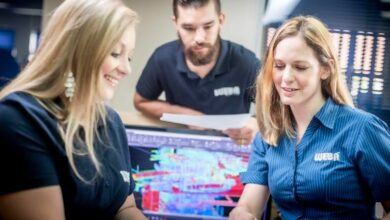